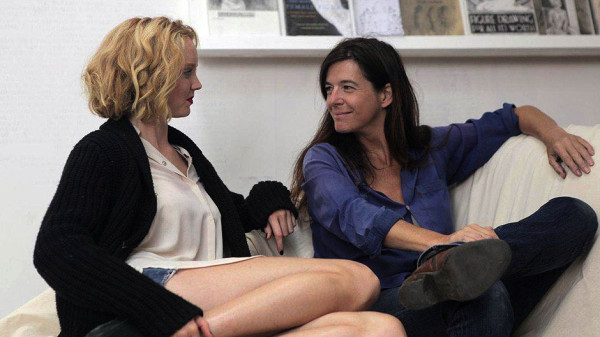 Left Lily Cole, Fiona Banner - Sky Art's 1 Art Matters. Source -  http://www.1301pe.com/news/detail.asp?NewsID=489
I have been following the Lily Cole series Art Matters on Sky Arts 1.  The Anthony Gormley one was interesting as was the Tacita Dean one (the latter was a former student at Falmouth Art college) - I even understood how she thought of herself as an artist rather than a photographer, as her film is closer to paintings than actual celluloid.  The Fiona Banner one confused me somewhat.

Fiona Banner - Suspended Sea Harrier - Source: http://www.hambro-art.com/?voce=artdiary&sel_year=2010&sel_month=6
She was one of the Young British Artists from part of the London Britart scene of the late eighties/nineties, the same stable as Tracey Emin and Damien Hirst et al.  Shortlisted for the Turner Prize in 2002, Banner has turned heads with her unusual work, from exhibiting a polished RAF Jaguar (see pic above) and producing printed works that are just purely ISBN numbers to producing powerful posters for the paralympians of the 2012 Olympics (see pic below).  She is a little different to most artists - she writes what she sees on canvas.

Fiona Banner - Superhuman Nude (2011).  Source - http://countereditions.com/uk/view-all/fiona-banner-limited-edition-print-1249u.html
She has produced such works as The Nam, based on her observations of six Vietnam films e.g. Full Metal Jacket, Platoon etc., but also creates 'wordscapes' - one being a 6 x 4 metre billboard entitled Arsewoman In Wonderlands (see pic below).  The latter is a transcript of a porn film.  Just words on a board, but it has a voyeuristic mirroring affect and gives the impression of being unsettling, but also of drawing you in.  The actress Samantha Morton was part of Banner's 'written portrait' series - first posing in the nude, then reading out Banner's description to a live audience.  Banner called it 'a striptease with words.'  Lily Cole opted to do the same, stripped and then read out the painted descriptions of Banner's work.

Fiona Banner - Arsewoman in Wonderland.  Source: http://news.bbc.co.uk/1/hi/in_pictures/8305619.stm
Some would argue that Banner is a writer, rather than an artist and I must admit, I struggle with this concept too.  I understood the idea of writing the words onto canvass as part of a 'visual' nude, or using words as part of a painting or artifact (a friend's father-in-law does this as part of his artwork - I too have used the written word as part of my Hamlet art project eighteen months ago).  I cannot get my head around this piece of work being a 'written word as art in itself' angle - not even as an abstract. I cannot see an image, or even sense one, only the story, which DOES leave nothing to the imagination.  I am at odds with it, because I could get this from a book.

Fiona Banner Full Stops.  Source - http://www.themultiplestore.org/artists/fiona-banner/
I can fully understand some of her work, from the Freudian 'Sea Harrier As Genitalia' viewpoint (interestingly, she has since melted down both the Jaguar and the Sea Harrier into ingots - truly emasculating the male 'Toys of War') and even the giant full stops and commas that are dotted around Tower Bridge, London (see above pic) have SOME meaning (try writing meaningful prose without punctuation - so there IS an artistic statement there already). 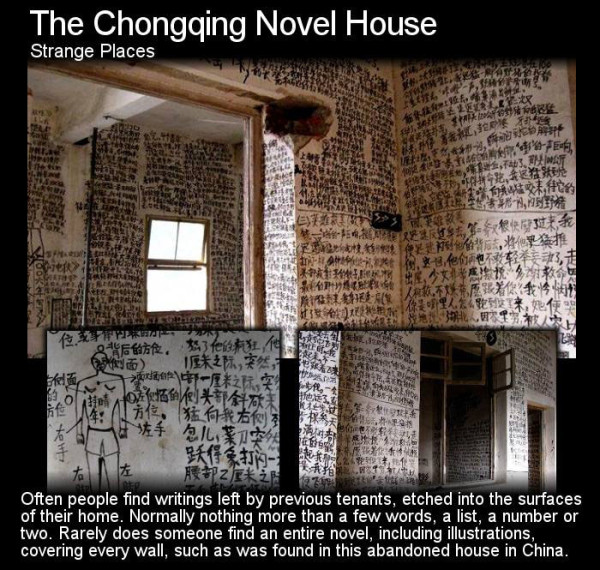 I am confused by my reaction to this idea, which is strange. I read about 'The Chongqing Novel House' (see above) a few years ago and I could see that as both a novel AND an artifact.

I feel more unnerved reading Banner's  'written portraits' than I ever would just seeing a nude painting or sculpture and possibly more uncomfortable hearing the subject read out Banner's observations of her.  It could be argued that the work simply isn't my taste, or as one critic put it 'just conceptual bullshit.' I am not that worried about the fact that I don't 'get' the 'ISBN as Art,' nor 'The Nam' novels either, but I want to challenge why the poster board written word makes me uncomfortable, where a regular nude wouldn't.  Is it because of the intimate space in my mind, rather than the visual concept before me?

I don't really think of myself as unusually repressed and usually I am able to think out of the box.  So - help me here. Why am I not getting this concept of art and why does this also make me feel that I am way out of my comfort zone?
Tags: art, fiona banner, lily cole
Subscribe