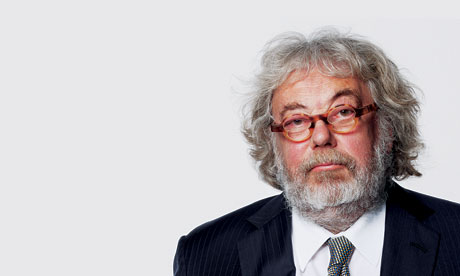 Sad to hear of the death of publishing millionaire Felix Dexter, from throat cancer.  He started as co-editor of OZ magazine which saw him very quickly in hot water over allowing 5th/6th formers to edit their magazine, resulting in a lewd Rupert Bear cartoon strip being published.  It made national headlines and he and the editors were arrested - eventually the conviction was quashed but not without a lengthy court case and Scotland Yard continually haranguing them.

He became successful in his own publishing company, capitalising on the new martial arts trend of the early seventies with his magazine Kung-Fu monthly and was one of the forerunners of the new computer magazines.  Later he created ultimate boys mag Maxim and accumulated smaller titles, including Viz, Fortean Times and Bizarre. Now this makes him sound like another odious money magnate, but his later life saw a change of direction. He began planting small woods and eventually planted over 500 acres of woodland, in access of a million indigenous trees to date. I appreciated his eccentricity: he had a garden of over 40 bronze statues in his Garden of Heroes and Villains' which included Galileo and Churchill, Stephen Hawking and one of ancient man attacking a woolly mammoth.

He also became a poet.

His highfalutin critics scorned his attempts, but he thoroughly researched his trade and became rather good at it.  Stephen Fry considered him to be "the real thing" Hugh Laurie quoted that he was "annoyingly good" and even high brow newspapers such as The Times conceded that he was "an engaging monster, full of contradictions and reeking in sulphur." He had become a "piratical, passionate poet" and had gathered a sizable following - another two fingers to a lit crit establishment that found him too vulgar or too well-placed in the media .  Colourful, dramatic and absolutely bonkers brilliant.