The Blue Room/Man with a Bow Tie 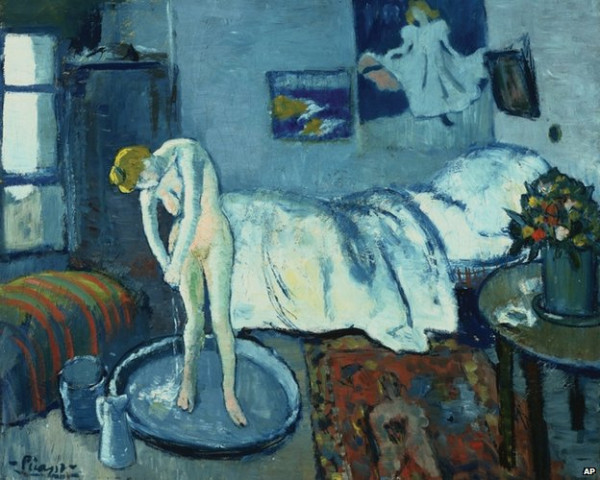 A hidden painting has been found by scientists beneath the brush strokes of The Blue Room, a 1901 Picasso artwork.

Art experts and conservators at The Phillips Collection in Washington used infrared technology on the masterpiece, revealing a bow-tied man with his face resting on his hand.

Picasso created both works in Paris during his famous blue period.

"It's really one of those moments that really makes what you do special," said conservator Patricia Favero. 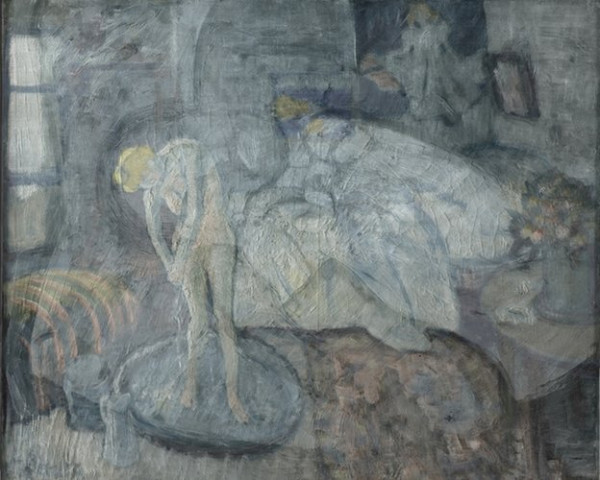 Infrared technology revealed it had another image below the surface 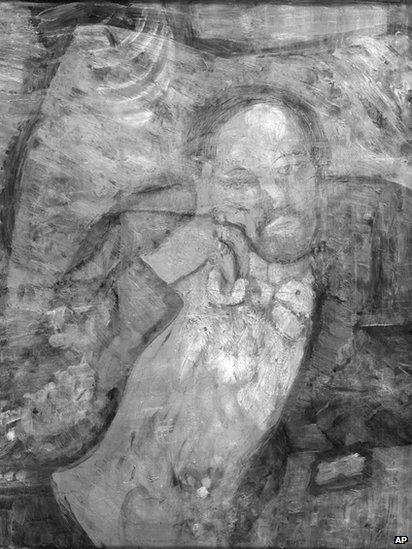 When the image was turned on its side, it revealed a portrait of a man

I want to know about the man in the bow tie, who he was in relation to Picasso? Why did Picasso paint over the top of his portrait? Was it because they fell out, or was it because Picasso was broke and wanted to reuse the canvas? Was he a benefactor, his father or just a passer by?