This fresh piece of Banksy art has caused problems, when his newly-minted art work went AWOL.  It is residing in a Bristol youth club, who are wrangling with the council about funding.  They are almost accused of holding it to ransom to the tune of £100,000 plus.  Banksy never paints on wood - too detachable (though it could be argued that the wall that sported the 'Slave Labour' was immovable - until the wall was chiseled out, later to be found on eBay); theoretically, this could be seen as him lending a hand to the struggling club.  Allegedly, the council are trying to claim it as their own. 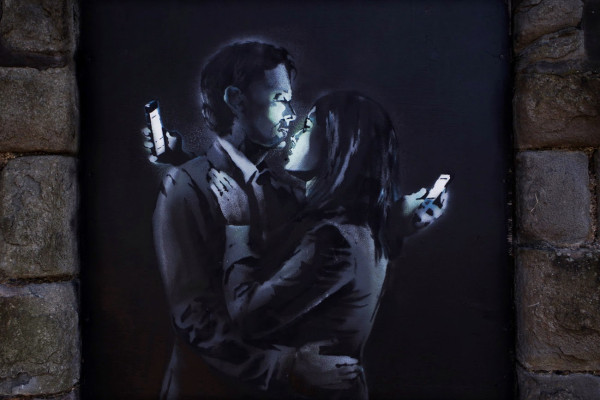 It's a nice piece, but almost to his personal cost. Banksy and one other person, has been spotted on CCTV in the early hours, dressed as workmen, complete with flash jackets and a white van.  He has avoided detection so far, I would presume this is a calculated risk as the van and the people are indistinguishable against the railings on the film footage - but even so. The Bristol graffiti artist-turned Robin-Hood-With-A-Spray-Can could unwittingly undo his anonymity, if he is not careful.