I know talking about the weather is a very 'Brit thing' to do - I myself have moaned about the weather a LOT this winter, as well documented over the past few entries. Even so - I am a bit worried now.  I live more or less under that black spot in the middle of the map and am used to gales, but the ones coming up are likely to be like the ferocious ones from my childhood.  You don't worry merely about the bin going walkies; you worry about the entire roof taking off. We have had some of the ceiling collapse in the past and one year, one of our chimney pots came crashing through the kitchen roof. 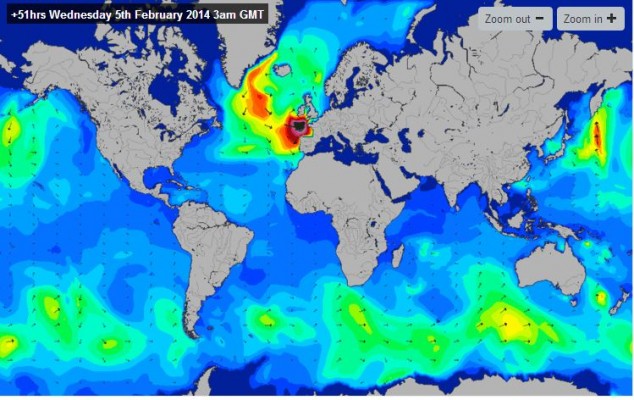 http://holidaysincornwall.com/largest-waves-in-the-world-are-to-hit-cornwall-on-wednesday/
Sometimes they get the forecast wrong and it skims over the top of us and dumps its load on the poor people on the Somerset levels.  As we speak, it is getting hairy out there already and the storm isn't due for at least another 12-18 hours.  I just hope that St Ives/Penzance can stand the force; the latter had problems running yesterday as the sea had washed away some oft the crucial aggregate to keep the railway track in place.  It seems that Blighty is in for a right old battering over the next few weeks - time to keep your head down and hope for the best :-/
Tags: storm feb 2014
Subscribe