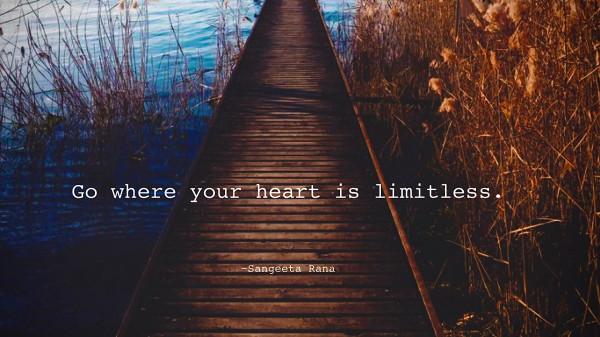 Covid times has seen a few things change regarding whom you thought were important people in your life and who indeed becomes more important, especially when you are a frustrated writer looking for fresh ideas. As we have a spacious back garden with plenty of shade, we are able to have interesting chats with various now-even-closer friends around the table under our apple tree. One friend (AW) recited Tennyson and discussed its many layered meanings (see a previous post on this). He has retold several stories from his past that has raised an eyebrow; yesterday, he told me about an event, that I hadn't realised was about his very-near-death experience, until nearly half way through the story.

A couple of days ago, AW had gone out for an evening at an outdoor theatre event, where he met the screenwriter, who has also penned a series of miracle plays.  The screenwriter had addressed AW by name. Our friend hadn't recognised the man as he hadn't seen the writer since the latter was a young lad.  When realisation dawned, they hugged and chatted and AW then recalled an incident from a couple of decades previous.The screenwriter had been the son of a friend, who was part of AW's mixed social group, hence the beginning of our friend's recollection. This is what AW told him.

The way the story had unfolded had not initially alerted me to the fact that our friend had almost drowned. AW and his social group had a party down on one of the local beaches. For some reason, our friend had become detached from the group, drawn to being 'purified' by water. He had followed a channel through the water that had been curiously clear of stones and waded out. After a while, AW felt a strong force pulling against his torso and feet - it was at this point, he realised he had been caught in a riptide and was being pulled out to sea. He had ingested and inhaled a lot of sea water and eventually, he stopped fighting the tide and just went with the flow.

The events that AW recalled were so strange, so miraculous, that it is too personal, therefore I will not be writing it here on LJ. I am itching to write about it, though - but some of it, I still can't get my head around.

What AW was describing was his life coming to an end. The 'sinking-to-the-bottom-twice' scenes, the hallucinations, the comfort of letting go and traveling towards a bright light, were common in those who were all but dead, but somehow come back to life. Lifeguards have told him since that this is a common occurrence amongst surfers who have had to have emergency hospital treatment. Somehow, AW was back on the shore (I will have to grill him about this, because I am still not clear how he got back - riptides normally pull you further into the deep, not conveniently deposit you back on the beach) and he mumbled to his then-girlfriend to 'help' him. The woman turned away from him and slowly walked up the beach, seemingly ignore his feeble plea, and then he lost consciousness.

As it turned out, she thought he was messing about and hadn't realised what had happened. She consulted with the rest of the group, and they decided to get the lifeguards involved. She later told AW that some of the women of the group were actually laughing and flirting with the lifeguards and the guards themselves were quite jocular - until they came to our friend's body and knew exactly what had happened. The lifeguards and ambulance crew asked him his name, but he was unresponsive, his limbs floppy, his torso a dead weight. AW was unconscious, barely breathing and the lifeguards were suddenly radioing the air ambulance. It was only then that she registered the gravity of the situation.

What surprised me is that she didn't accompany him in the helicopter, nor did she drive to the hospital to find out if AW made it. In fact, the whole group went back to their party as if nothing happened. I was gobsmacked - the very least you would do, even for a distant friend, would be to make sure they were ok, hold their hand, something.

Once in hospital, AW regained consciousness, the medics had removed the space blanket and had given him an intravenous drip, which also warmed him up. The pain in his body was vast and he had further hallucinations, one of which was seeing faces of people telling his mother and his young daughter, that he had drowned. At that point, AW burst into tears, relieved to be alive, but also guilty because he had tried several times to enter a brightly lit portal. It beckoned him and he had almost submitted to the warmth and the feeling of relaxation, while his ego raged to wake up and fight.

AW's relationship with the woman fizzled out not long after. As a personal aside, I don't think this is a great loss. They are still friends today, apparently...

A few weeks later, AW wanted to have a long hot bath, instead of a shower. He would draw the bath, but then would wander off, forgetting the purpose. He came back to find it cold and drew another. He then found that although he wasn't conventionally scared of water, he found he couldn't get in the bath. He thought it was better to rectify this and return to the scene of the event.
It was a warm, sunny day, different lifeguards were there, one was in a deckchair. The safety flags were out, the water was clear, but thankfully pebble-strewn, so AW made his way out. He wanted the waves to go over his head and embrace his face and then return. This happened and he felt much better. When he resurfaced, the lifeguards and the flags had gone. He managed to get back to shore, to find that the guards had not realised he was in the water and had found a safer spot for bathers to swim further up the beach.

I think the shocking thing about this is the matter-of-fact way that he discussed it, with no gross hyperbole grown rich with years of ad libbing. No warning of a hello-I-must-be-dying scenario.

Me: What did you take from this?

AW was discussing this with the newly reunited scriptwriter friend, who wants to write a play on it, with references to Homer's Iliad, specifically Odysseus, and also, the story of Persephone. Which makes me wish that I had gone to University of Plymouth for my first two years, because we would have covered this. I covered James Joyces' Ulysses in my third and final year at Plymouth, with only the faintest of knowledge about the Odyssey - which all my other third years knew inside out, the knowledge of which would have been quite useful to have when you realise how Joyce follows the same lines. But I digress.

I know that the next conversation I will have with him will be interesting...
Me: *hand creeps up*

Me: *puts hand down* I have some questions....what the actual fuck? How did you get back on the beach? You told me some of what you saw - can you remember any of the other hallucinations?

AW knows I am a writer/copyeditor/proofreader and there is no way that I would want to write a script, but my God, I want to write about this in full! This is a fricken gift! I will keep the narrative voice, because I know it well, but I want to run with this. I will discuss it with him first, but oh wow!

This song has stuck with me all day, specifically while I was writing up on this  Apple Tree Chronicles on LJ.
Tags: aw, books, james joyce, odyssey, persephone, stories, the iliad, ulysses, vids 2021, writing
Subscribe