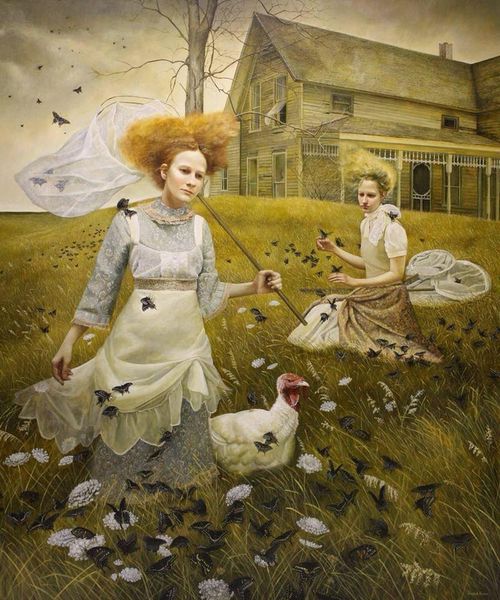 After getting my latest assignment marked (another A grade - thank God), I spent the weekend visiting others in a safe environment. Some very strange coincidences happened.

1) Visited Hubby's clients in the furniture shop. She asked what I was doing with myself these days - in the chasm between the Hen House and the Campsite. I informed her that I had left the latter and was filling space by doing the proofreading course (which include light copy-editing), with the hope to be freelance sole trader. She said: "is that the same as doing ghostwriting?" "No...(is she serious?)... though I'm sure I could." I thought, is this what they think this is, what copy-writing/editing is? Basically, getting some person's incoherent ramblings into some kind of order, then let them pass it off as their own work? No. You do, indeed, have to be able to write (unless you are Katie Price, or indeed in charge of the V.C Andrews estate). Of course, if you are self publishing, then it doesn't hurt to have a proofreader cast an eye over it and offer advice. That's not the same as ghostwriting.

2) Went to Newlyn and had fish and chips out with an artist friend, eating it on the bench by the war memorial, dodging gulls. Artist friend introduced me as a fellow writer/artist to another artist friend, who joined our salty, greasy, gull-ducking foray. I must admit that my heart leapt a bit at that. Yeah, if I just stopped writing fanfic and tried my hand at something more concrete, then maybe. I said that I was training to be a proofreader and this guy said: "would you ever do ghostwriting?" Hubby laughed as he (like me) had only just heard this a couple of hours previously. I said: " I suppose I could, though it's mostly proof and light editing".

3) Later, in bed, I thought I would look up ghostwriting as a viable career, using Google Assistant.  Doppleganger voices of the GA came back, one slightly behind the other, with only one window open only. I thought it was a joke like the Google Do A Barrel Role from a few years ago. So I asked again - just the one voice this time.

Weird - like I am walking into Uncanny Valley territory.

Last night, I dreamt of my father (who was an unpublished writer in his middle years), who was sitting on a settee that resembled the bench I was sitting on the previous day. He didn't recognise me, until I poked him. "Oh hello," he said and reminisced that he wished that he had done something more with his education, with his talent. I looked at him, knowing he was dead and said: "what, like a rebirth or something?" He said something to the tune of "yeah, but us boozers never seemed to have the time." I folded my arms and said, bluntly: "Dad, you died aged 61!" He burst into tears and I was about to say, "you died 15 years ago" (16 actually), but I woke up. I felt terrible - IRL, I would've been far more tactful to anyone, especially involving their demise, but I thought it was important to tell him that he had run out of time -  and by many, many years.

For the record, my father WAS 61 when he died in his sleep from heart failure, with no warning that he had a heart problem. He was vastly overweight and had developed a little drinkie habit in the 18 months previous. I hadn't realised that - thought he was largely a weekend drinker, but autopsies don't lie. Thing is, if there is such thing as a mortal soul, does he know that he's dead? The logical part of me (the bigger, more prevailing part, thank God) says "Don't be stupid"; the other part of me (the Christian Spiritualist part I grew up with) makes me think: "God, don't tell me he has been earth-bound for all this time?!"

Under my bed, my father's unpublished manuscripts lie. I have better skills than I did in regards to proofreading and copy-editing. I haven't opened the suitcase in years because: a) the pain it causes; b) I am not sure what to do with them, except maybe reinvent him somehow.

Don't we reinvent the people that we love, anyway?