The End Of Things 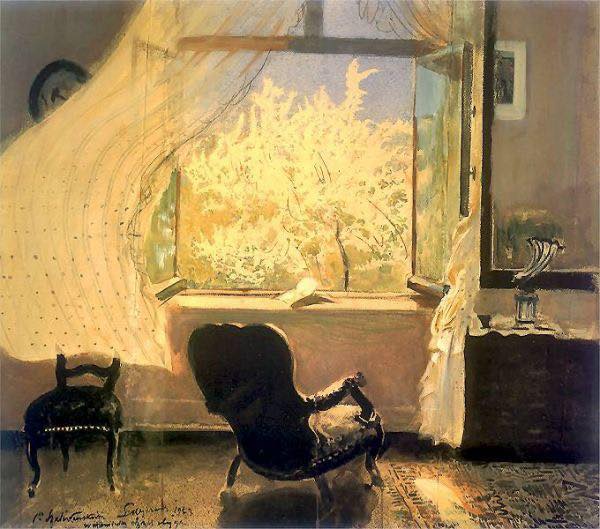 "The chief beauty about time is that you cannot waste it in advance. The next year, the next day, the next hour are lying ready for you, as perfect, as unspoiled, as if you had never wasted or misapplied a single moment in all your life. You can turn over a new leaf every hour if you choose.”

Strange day today - I awoke with a message from a former colleague asking whether our former bosses has started advertising for our old jobs yet. It crossed my mind that I hadn't seen my former boss' presence on Facebook for a while, only to find she had disappeared from my friends list. No problem there - some deactivate, others get a new ID etc. I would have noticed more if it was someone I was a lot closer to. Something was nagging me in the back of my mind, though - so I checked a mutual friends page and found she was missing from there. Until I went incognito with another account and suddenly her status reappears. Bingo -  it seems I've been unfriended and blocked. I certainly had left on extremely good terms with her, so initially I didn't suspect issues. I did have a strange WhatsApp message from her regarding a free coffee just over a fortnight ago, besides that - nada. I KNOW who's behind this after last year's debacle where the extreme pressures of the job saw ALL of us out of our depth. She was AWOL, aforementioned colleague had a massive row with the Overlord and handed her notice in and I basically cracked under the pressure. Basically, it's the Overlord's directive (whom we have all suspected was sleeping with my old boss either now, or sometime in the past), whom I would be happy if he died in a ditch somewhere between here and Newquay

The thing is, I left the job early because I could not stand it any longer. I bought her flowers, wine and a treacle pudding (private joke between us) and I took my certificate off the wall. I think she might have had an inkling that I was leaving for good, but who knows? When I realised what she had done today, the relief was immense, because I was invisaging just how sticky the conversation was going to be if either she or the Overlord called me. It felt like a massive weight had lifted. I considered burning my uniform, but I thought it's not that I care that much about that job to warrant such an explosive response. Prodigal 2 said that it would be a statement of intent, so he put it in a burning bin, doused it in Sambuca and torched it.

I have felt giddy with happiness all day. Until nightfall...

Now, I feel a tad pissed that I had been treated so shoddily last year and even if I had (in all senses of the word) left long before they decided not to rehire me, I KNOW who's behind this. Thing is, both myself and my former colleague are just part of that long dance, a broken conga of people hired and fired for no good reason - though both self and former colleague technically walked. This has gone on for years and years. So many times, she has had to hire new staff, so many times there have to be 'clean slates' and 'lines drawn in the sand' and any other throwaway comments that tinpot dictators spew forth when they have gone full Darth Vader and then found the Underlings have downed tools. She relies on him to keep her in housing while she is working in Britain; after Brexit and Covid, she has nowhere else to go. Plus, I suspect, she loves him - even if he upped and married someone else. They still have to work with each other and she's too long in the tooth to move on. I know that if you are THAT star crossed about someone, you would donate limbs and organs to stay within their orbit and jettison all those who cause hiccups. I know where that leads, too - it does not end well.

To be honest, I think there are a few things I have to reconsider. Like... who I work for in the future, because I have my glut of badly behaved Overlords in a basic wage slave hell. I prefer to work small scale - hell, I just need to be adopted by someone who likes adorable podgy scruffs, who will go beyond the point of duty to sort things for you.

Now to the proofreading course.

...I got a B. Not pleased, but I will sort a few things out that I need to learn differently. Apparently, I crossed the copyediting line in a few areas and i fucked up my references by a misread - damnit!!! Think she let me off the hook, because she knew I had formatting problems which were not of my making.  A lot of it was good, though and now I'm on lesson 5. Great. I'll tackle that tomorrow.