End of the Year Show - Question 8 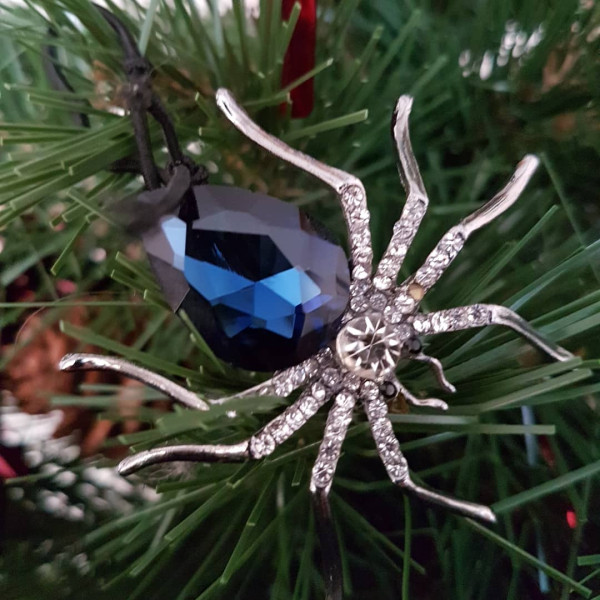 8. What was the last photo you took?

It was of the Christmas Spider, whose legend has it's beginnings in Eastern European and Scandinavian folklore.  I had taken the photo to show my sister-in-law.  Wiki retells the legendly thusly:

A poor but hardworking widow once lived in a small hut with her children. One summer day, a pine cone fell on the earthen floor of the hut and took root. The widow's children cared for the tree, excited at the prospect of having a Christmas tree by winter. The tree grew, but when Christmas Eve arrived, they could not afford to decorate it. The children sadly went to bed and fell asleep. Early the next morning, they woke up and saw the tree covered with cobwebs. When they opened the windows, the first rays of sunlight touched the webs and turned them into gold and silver. The widow and her children were overjoyed. From then on, they never lived in poverty again
Tags: 30 questions 2020, the legend of the christmas spider
Subscribe