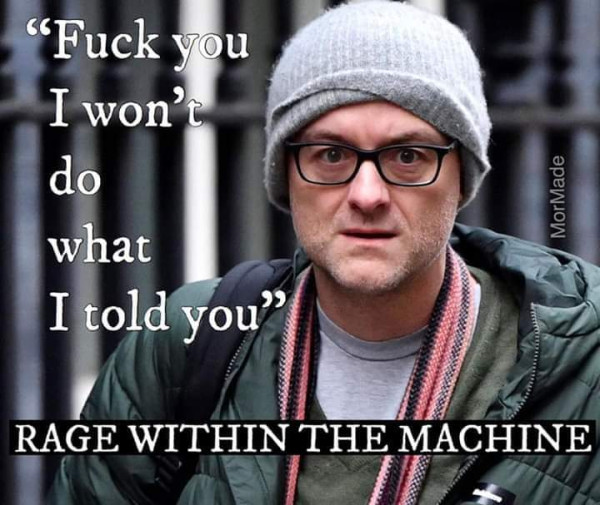 I am absolutely blown away by the arrogance and ignorance of both Cummings and Boris Johnson. So many people did what they were told; they stayed off public transport, they stayed at home, some have lost loved ones, or lost their livelihoods. Other ministers in other regions who have been caught out, have tendered their resignations, Cummings however has had a 'protective ring' thrown around him.

This. This will be the reason that it will all unravel. Because Cummings is too cocksure, too arrogant and once caught, expected us plebs to sup it up and Johnson is too stupid and too naive to think that the public won't nail their arses to the wall.
Collapse