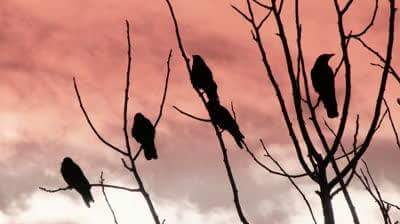 Began the day with icy, wet blasts of wind and rain. Ended the very long day in Plymouth, some 20 minutes of it being locked out of the classroom. We had to wait for security to unlock it, as lecturer had left her card at home. Trains are running late. I spent some of my time trying to read Byron's infamous 'The Vision of Judgement' which totally trashes Robert Southey's 'A Vision of Judgement".Bit of a spat between the two as Southey was rumour-mongering about the gathering of minds at Villa Diodati, Lake Geneva. Insinuations about with Byron's mistress in situ, plus the Shelleys (Percy Byssche and wife-to-be Mary Godwin) and John Polidori - famously MG and JP wrote their classic works, namely Frankenstein and The Vampyre respectively. Rumour has it that the sour grapes started as Southey was originally interested in Mary Shelley's mother (Mary W-G) back in the day and basically didn't get a look in. Also, Byron did not like Southey's change of political stance, going from rebel left to extreme right - the argument starts because Southey as poet laureate, had to lament the passing of Mad King George and basically brown-nosed his memorial big time. He also lambasts Byron, Shelley et al, indirectly naming them as a 'Satanic School'. Dear me.

I also had to read some of Don Juan too and realised that I wasn't really up to reading or studying Byron. For no matter how funny, charismatic and excitingly dangerous Byron was, he goes on for-ever! At least Swift was comparatively short. Plus, in my final weeks at Plymouth, I find that I don't really want to read archaic, nay even arcane texts and yearn to read something that I can read first time around without referring to translations running alongside. Think it might be Nightmare Abbey but could also be some of P.G Wodehouse. Right now, I am curled up with clean sheets and two hot water bottles, about to listen to Audible books.