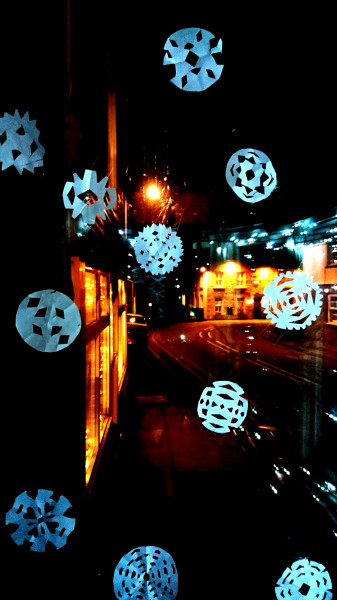 Well, it's been a bit of a friends and family affair, really but the little ones did most of it. So far it has been the following: K aged 6, helped by her mother AKA my sister; A aged 9, helped by her father AKA Prodigal 1. Prodigal 2 and his friend Naomi have added to the equation and lastly Self cut out a few too. Tomorrow, there might be more, including P2's best mate, who looked soulfully at the windows, vowing to add to it. It has to be said that both P1/P2 are strapping guys, as so are their friends (bar Nae), but when it comes to cutting out snowflakes for Xmas, they descend into 3 year olds.

Results? Fond vibes and a really cute batch of windows :-)

38. If a genie granted you 3 wishes right now, what would you wish for?
Learn a language fluently, learn and instrument seamlessly and learn an art/craft that brings me joy. 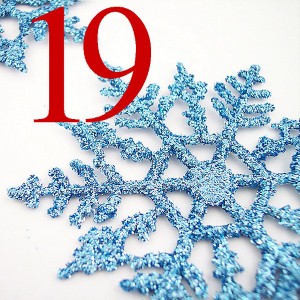