Hello Darkness, my old friend. Seems I'm wide awake again. My mind feels like I have left all the tabs open and keeps flicking backwards and forward, like some kind of scanning machine. Barcode brain.

I performed one of my pieces of written work at the Arts Centre. It was a good session, actually.Rapping guys called Hedluv and Passman were hilarious amd the narrator chap was good too. I have been filmed doing mine, so I will have to hunt it down.

To tell you the truth, my stomach is in knots. I feel very walled off from people. I feel like a shook bottle of pop - one twist of my head and everything would just gush out, like a sticky, angry volcanic mess. Maybe I should walk to the beach and scream at the sea.Would it understand, though - or laugh and throw stones back?

I am toying with the idea of getting a stop film animation kit in the new year. Also, a small camcorder. I want to write things and see it come to life, rather than imprison it on paper and lock it in a drawer.I also want a 'hapi drum' (santa take note).

Seriously, though - I think most of this is borne out of being fed up writimg in depth re crap I don't care about. I need to craft something rather than create merry hell on the phone, because Student Finance have mucked up my allowance. Or trying to qualify how Humbert's a perv in 'Lolita'.

I will have to get some shuteye. Apparently, our harshest critic shed a tear when she heard our monologues tonight. We must be doing something right. And this is what I miss. 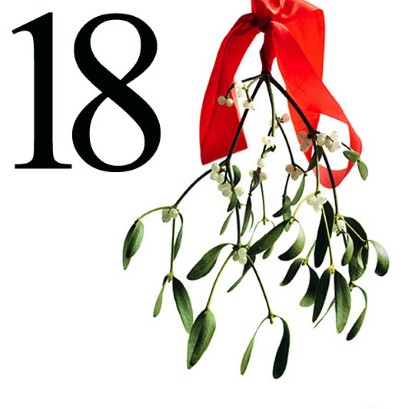 December 18th - 37. If you could eliminate one weakness or limitation in your life, what would it be?
Stop eating rubbish.
Collapse