Sacla' the Pesto Pioneers and Italian foodies favourite brand, served up a great surprise at John Lewis Foodhall from Waitrose and staged an impromptu Opera in the food aisles.

They planted five secret opera singers who were disguised as casual shoppers and store staff amongst the groceries who broke into song bringing the foodhall to a standstill with a rousing rendition of the Italian classic Funiculì, Funiculà. 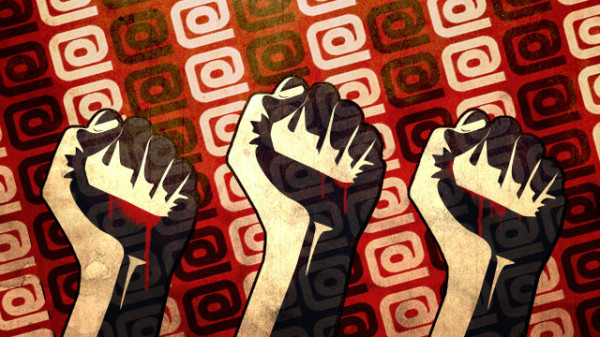 OK, so I am the first one to admit I did precious little yesterday.  Basically, I put the plan down, dragged exact definitions of literature and politics off of the Oxford Dictionary website and twenty words besides.  I am unsure the way to progress.  It has been suggested that I use 'Agitprop' (portmanteau of 'Agitation' and 'Propaganda'), basically the war leaflets from the 20th century wars.  I had a brief skim through the images. Quite interesting.

( Collapse )
It is now that I appreciate how literature becomes interesting - not that I am particularly a political animal, but I do enjoy the intricacies of the human mind, or rather its creativity.  Anyway - onward.

14:54
OK, doing slightly better than yesterday, but I am trying to get a timeline of propaganda here, starting off with the basic of literature - the nursery rhyme.  Alas, because I have to have academic research on this (and from the UK, not overseas), finding the subtext of rhymes such as Mary, Mary, Quite Contrary, is difficult.  Just plainly knowing the rhyme or its origins is not enough - I have to nail it to a right-on academic book and/or accredited website :-/

Plus ::: I can't mention Pope or Swift as I used then in an earlier essay, I might have to use Dryden or Defoe (if there is an excerpt small enough to use).  Ditto Orwell as I used him for SP2 - will have to consider Huxley's Brave New World. I will have a rethink re Agitprop, plus write about modern-day satire via programs and blogs.

20:10
I have had to call it a day earlier, as I went to a seven year old's birthday party.  I am now deaf in one ear and maxed out on sugar. Hey Macarena !!!
Collapse