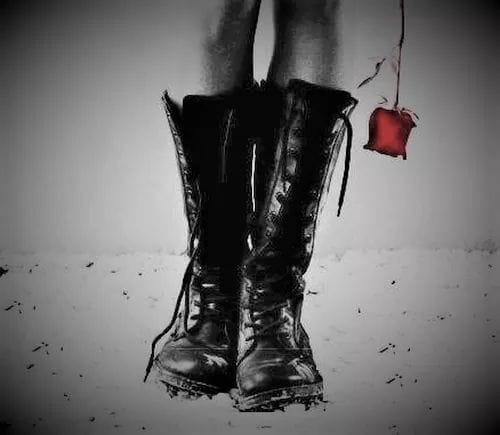 I have been thinking about where I should be in life and I have decided that I don't want to be in the caring profession anymore.  Too much heartache and red tap.  Until my situation changes, i will concentrate on trying to secure retail work.  I was with friends over the weekend and the conversation came round to what I really wanted to do. I said write and they asked me why I didn't.  I explained that my inspiration ran dry when I was on my English degree.  They asked me what was my excuse now.  They had a point.  I had a look at my old creative writing coursework that I did circa 2015.  I had been pushed for time and had to use older work as my husband had been diagnosed with cancer.  It was in one of my old folders that I found some hidden gems - basically plans for the work that I WANTED to write for publication.

I had outlined my favourite genres and narrowed it down to two, namely Goth Horror and Adult Fairy Tale.  I had twelve titles for the fairy tale (one actually fully written but not submitted for entry) and eight titles for the Goth one.  I am over the moon to find this as I was aware only of the completed fairy tale, its eleven other sisters had lay dormant alongside.  Some loosely gutted out, some just with the titles.  It means that in between job hunting and binge-watching Netflix, I can start to do some research and get something done.  Plus, I am thinking of writing a 'The Prisoner' fic for A03.  These are not my fics, but there are several on there that are really good and it has got me thinking.  I also will be going to my Writers' Ink group this Saturday.  Haven't felt this excited about writing for a long time.
Tags: subrosa_write, writers, writing
Subscribe