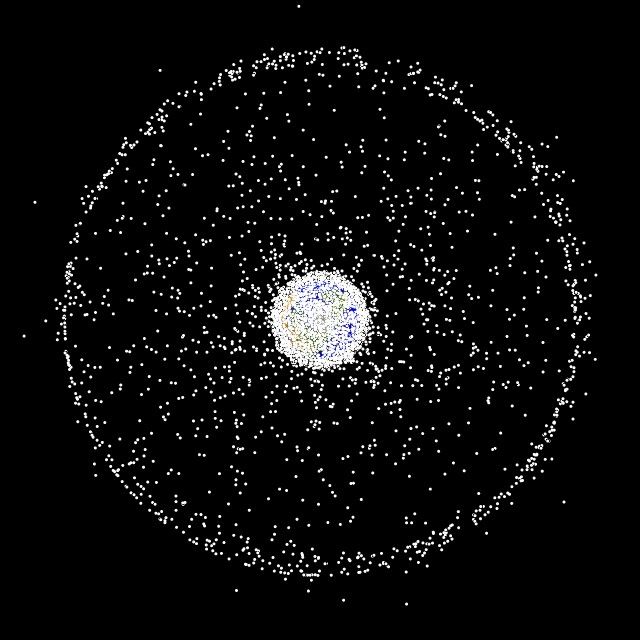 Some of the debris orbiting our planet, this is the stuff that is currently being tracked. (Image: NASA)
More than 500,000 pieces of debris, or “space junk,” are tracked as they orbit the Earth. They all travel at speeds up to 17,500 mph, fast enough for a relatively small piece of orbital debris to damage a satellite or a spacecraft.
The rising population of space debris increases the potential danger to all space vehicles, but especially to the International Space Station, space shuttles and other spacecraft with humans aboard.

NASA takes the threat of collisions with space debris seriously and has a long-standing set of guidelines on how to deal with each potential collision threat. These guidelines, part of a larger body of decision-making aids known as flight rules, specify when the expected proximity of a piece of debris increases the probability of a collision enough that evasive action or other precautions to ensure the safety of the crew are needed.