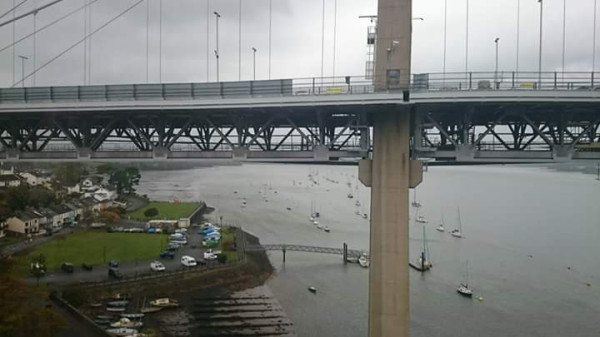 As of yesterday, I have finished as a student of Plymouth University and I have been considering how I feel about that. I thought it was going to be a vastly different experience. I fully imagined that I would be rested, travelling in a city train like the London Paddington, or the Manchester/Glasgow cross country train, with generous seats and clean tables. I imagined that I would be listening to uplifting music on the iPod, whilst staring out at the lush green landscape bathed in late spring sunlight. I also imagined entering the library and the main office one last time, feeling a sense of achievement, before taking the rest of the afternoon off, having a light lunch at The Caffeine Club and taking some great last photos on my big girl camera, before coming back on the fairly accommodating 15:12 to Penzance.
Only, life isn't like that, is it?

I should have realised that the idyll had been largely scrapped by the get go, having previously fallen A over T down concrete steps and then gathering a jaw infection that almost saw me hospitalized. It meant rather than going up solo, I had to take Prodigal 2 as I am still a bit doddery on my pins. The city train was cancelled at the very last minute and everyone was packed to 'standing room only on the 2 carriages of 'The Little Engine That Could'. It was pissing hard with rain, with filth on the windows and the train stank of dank air. We all did the Brit thing of camaraderie, trying to chat over the din of a struggling engine that was trying to haul the weight of Calcutta rail journey proportions.

Because we were running late, I more or less had to toss the book in at the library and then hobble to the main office to get my diss and satire essay back before limping at double quick speed for the next train, lest we lose it and not see another one for an hour and a half. We came back on yet ANOTHER small train, thankfully comparatively empty, but as I was facing the wrong way, I began to get motion sickness. And that was it. No photos as big girl camera has developed a glitch in its memory card, no lunch, no grand farewell.

In a way, it symbolised my experience of Plymouth in a nutshell, where a student can be severely hampered by dint of distance and a truly woeful transport system. I realise now that I had rather blamed the university for the difficulties we all faced as satellite students who live in another county. I was fully reminded today that it was the ad hoc timetable of Cornwall's train service that caused most of the problem. All of us students that couldn't move because of house and family commitments, had nose dived in their percentages as we had to adjust to the uni system and struggled to make sense of the truly baffling maze of lecture theatres and the timetables of seminars and intermittent trains. It had a knock on effect. Distance learning means that you get the last of the books, you are last to be booked onto trips (if indeed you get to have a look in at all) and the last to know when lectures are cancelled at last minute, which is a crap deal if you have already spent 2 hours getting up there. Again, it is not the uni's fault - they are running as universities run and cannot make giant concessions for long distance students. We start off with a strong disadvantage and by the time we have got our bearings, it was all over.

So the train trip reminds me once again why I cannot go any further with my education - it is not so much the age or capacity to learn, it is the price of education and the distance that canes me. For me, uni was never about bouncing ideas and joining sorority clubs, nor was it a ride on comfortable seats and horizons of idyllic sunlit waters of the Tamar. It was gritty, dirty, messy - frustrated and tear-filled, but also punctuated by surreal moments and laughing at the ridiculous. Throughout the strain, the marks validated me, gave me vindication and growth emotionally, mentally and spiritually is sometimes damn unpretty.  I have achieved so much and I wait with baited breath for the confirmation of results and the final award on the 14th July.

The cycle will then be complete - I will go from having just a foundation degree and the satisfaction of completion, to being qualified. In September, I will be receiving my scroll as a guest and then considered alumni of Plymouth University. It eclipses everything, even my 50th birthday tomorrow, but because we are very broke, it will be a fairly quiet affair. I am hoping to properly celebrate my result, because everything I did in my life has brought me to this point. It ranges from the frustration of being stuck in tinpot jobs or being a stay-at-home parent, to almost losing my place in the education system several times, down to ill timing, or a down turn in wages and/or health. Because, no matter what went wrong, I pushed through and got it.

Quite simply, it means the world to me.