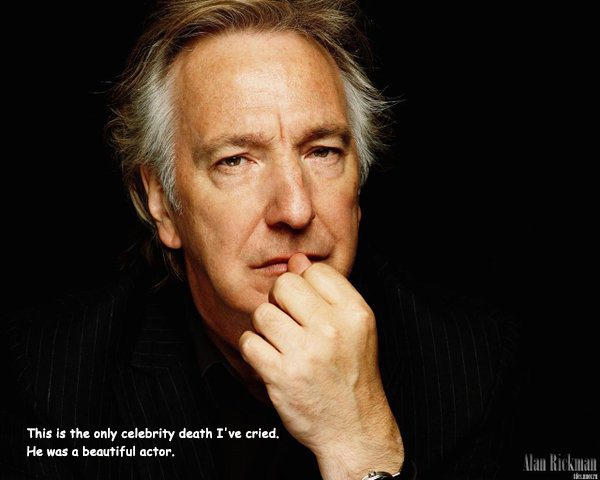 There are very few in the public eye that I feel sorrow over, because even though you have respect for the celebs, you don't really know them.  My exceptions were the following: John Peel, Professor Mick Aston (gutted about Mick), Robin Williams (let's face it, that was also a WTF? moment) and Terry Pratchett (REALLY gutted about him).  Alan Rickman was special and I think it's because he got under your skin.  The power of acting, eh?
Tags: alan rickman, anniversary
Subscribe