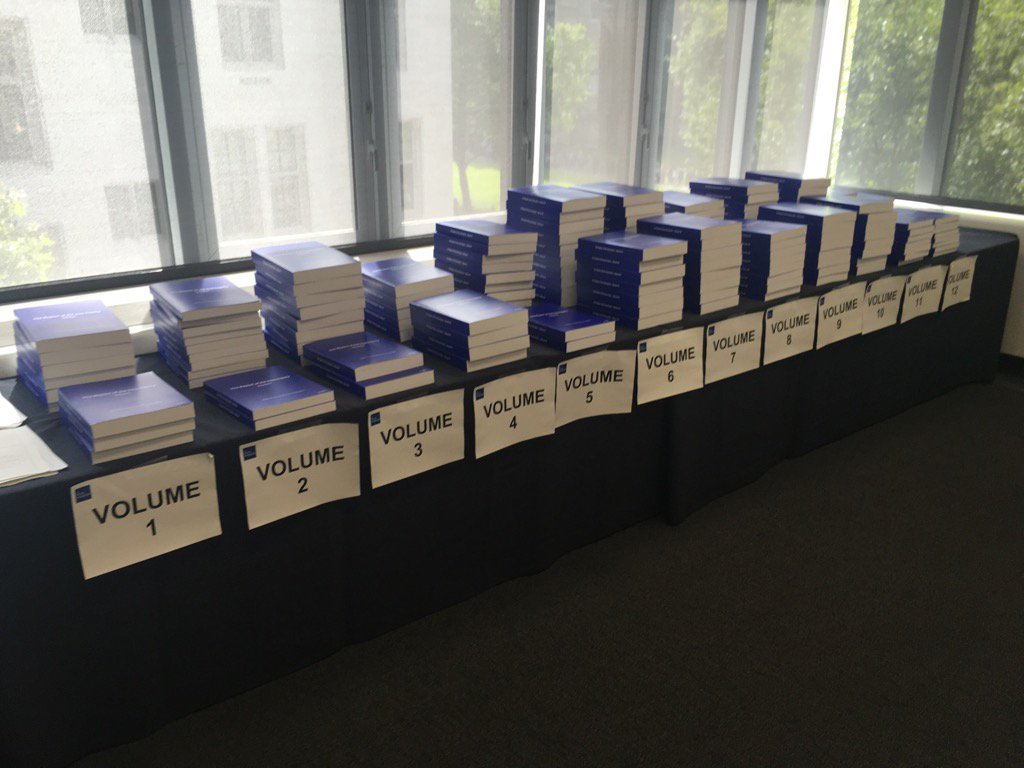 Chilcott Paperwork c/o Twitter
I haven't commented on the Brexit fiasco for a few days, suffice to say that discussing the news brings extra followers (I'm in the top 400 now on LJ), but not good for the senses.  All of the referendum fluster has calmed down a bit, essentially covered over temporarily by the resurfacing of the Chilcot Enquiry.  I suppose it's that time of the year.  Flowers are in bloom, the sun is out, we are half way through Wimbledon and it's about time that the general (nay international) public were whitewashed yet again re the details of the Chilcot Enquiry.  The ususal warmongers have been wheeled out again, with predictable levels of denial.

Basically, the bullet points are underneath the cut as so is the Beeb Link

Ironic that they rubbished Charles Kennedy at the time, interesting that Tim Farron (leader of the LibDems <---- hey, where have YOU been during the Brexit campaign?) has lept on that nugget.  This is swinging back into Tony Blair's camp - that basically he was no 'tag along,'  that he was complicit in seeing through Jerge Dubya's hellish crusade.  No doubt the supposed suicide of Dr David Kelly will come back into focus too.  I will refrain from comment now and see what this enquiry will bring.  However, I doubt the likes of Tony Blair will ever be found guilty or brought to justice if he IS found to be in the wrong.
*~*~*~*~*~*
Back to the leadership contest.  Crabbe is out, as so is Fox - leaving the two ladies (May and Leadsom) and....Gove.  Boris is backing Leadsom (I bet he is!!) and Crabbe is supporting May.   No sign of Cameron around - where IS Wally???  Wafting around, basically - an unveiling here, a f***ing-up-of-an-economy there * .  The Dutch think we have collapsed across the spectrum.  Their PM Mark Rutte is saying that the UK has  now "collapsed - politically, economically, monetarily and constitutionally" yesterday.  I DO think we are in crisis, which will take a long time to recover - BUT....this is not being helped that the joint political parties are STILL running round like headless chickens, blaming the voting public for not voting 'Remain' or not voting 'Remain' enough.

Forget divorcing from the EU - the UK politcal parties have run their trust of the public into the ground and then cite the UK public for 'irreconcilable differences.'  I have seen more stability and truth from Mark Carney (present Bank of England Govenor) in recent days, that I have from the People. Who. Are. Meant. To. Represent. Us.  The People In Power - Where the f**k ARE you? All we can see is the ugly site of you lot slitting each other's throats for a place at the high table, slicing your fellow candidates like wafer thin ham.

*I beg your pardon - Call Me Dick Dave is in da House of Commons, telling his fellow members of the House that we 'should reflect' on Chilcot's findings and rethink how they tackle war in the future.  How about 'let's not ever start/join in on another one?'
Tags: conservative leadership race 2016, eu referendum, politics
Subscribe