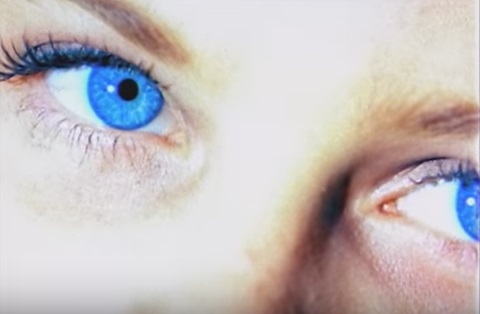 So, who IS Karen Green? Former model, mother to Navidsons two children.  Fear of commitment, but so desperately needy of her partner - who is possibly emotionally unavailable too.  Affairs to redefine herself, claustrophobia to keep others at bay.  Is the narrator implying that this shape-shifting house problem has manifested largely by her?

'There are only 8,160 frames in Karen's film and yet they serve as the perfect counterpoint to that infinite stretch of hallways, rooms and stairs.  The house is empty, her place is full.  The house is dark, her film glows. A growl haunts that place, her place is blessed [...] On Ash Tree Lane stands a house of darkness, cold and emptiness. In 16mm, stands a house of light, love and colour' (p.368).

Maybe the house signifies an absence of God/Divine Universal Presence/Whatever and that hell is not some fiery place but a black chasm of one's own making, black mirrors reflecting our misdemenours and misgivings.
In some respects, Karen has reclaimed herself since she left Navison and the house. The place may have 'deconstructed' her smile, but eventually, it had enabled her to have natural 'expression of joy and relief, [her face] was no longer a frozen structure but a melody which for the first time accurately reflected how she was feeling inside' (p.416).

After a gap of six months, she returns to seek Navidson in the house - Navidson himself has been missing for a month. The narrator claims that 'her only hope of finding Navidson has been to confront what terrified her most'.  Seems conclusive. She eventually moves back into the house, spending her days in blissful solitude - writing in her journal, changing Hi 8 tapes and somehow exorcising her soul.  She does the gardening, 'singing quitely to herself', surrounding herself with candles, sometimes beaming, other times weeping - concerns abound for her mental health (p.415-17).

She suddenlty realises Navidson is alive.

Time to face her bete noire and possibly save Navidson at the same time.

For some reason, I envision Karen to be very much like the lady on the Orbital video 'Halcyon', whiose track has a hypnotic, slightly echolaic pattern (just as Daisy did at her most traumatised). 'Halcyon' is dedicated to the Hartnolls' mother who was addicted to Halcion (triazolam) for many years. I can almost imagine Karen as this zombie figure, trying to live up to the cultural and social expectation of society, but privately caving inside.
I once wrote a story that was effectively a reworking of Echo and Narcissus, how a girl had to reclaim her own voice, rather than be an echo of other people. Daughter, sister, mother - a person made up of links to other people and in the midst, a disappearing self.  It felt cathartic.  Years later, I fed all copies through the shredder - no regrets.

I am on chapter XIX (p.418), which I suspect will be largely about Karen and her reconnaissance mission to save her former partner. I will start reading again later today.
Tags: house of leaves, mark z. danielewski, nineties underground, reading list 2016, vids 2016
Subscribe