Moby: ‘There were bags of drugs, I was having sex with a stranger’ 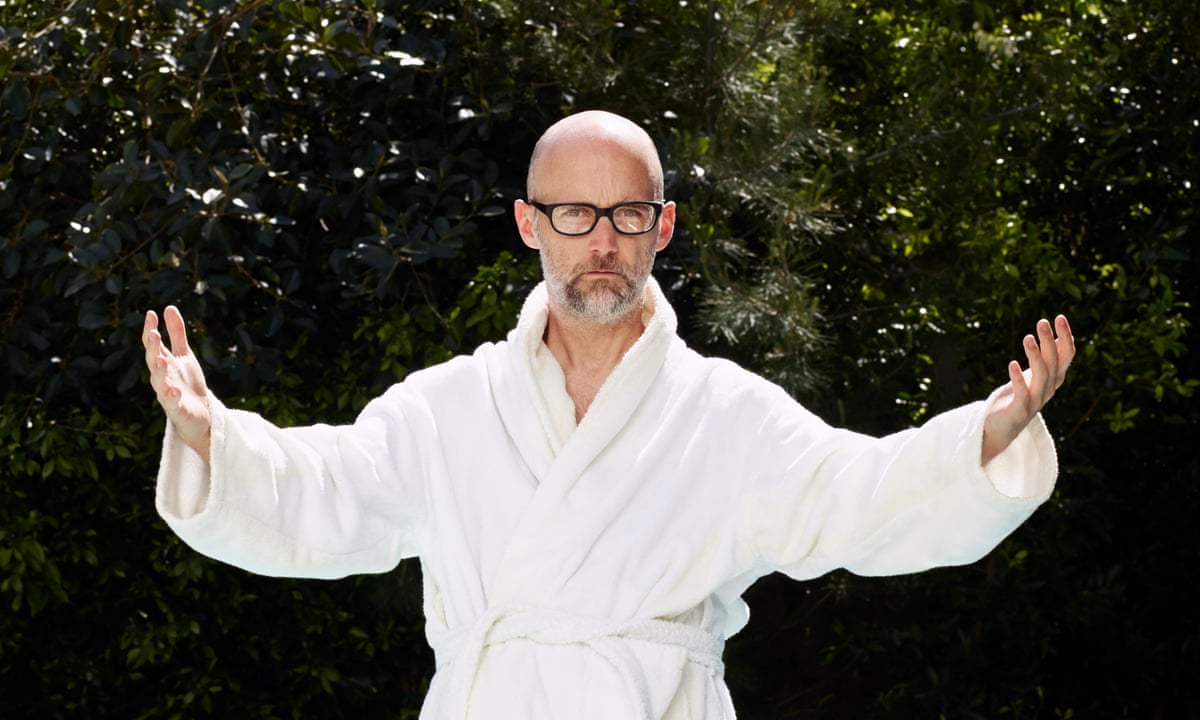 Well what can I say? I am a little surprised at Moby, but I suppose if you have a book to plug, then it probably ISN'T that surprising.  I rather liked Moby - he does still seem a principled-enough chap, some would say nausiatingly so (isn't he vegan/Born Again Christian/blah blah blah?).  I liked his experimental sampling and all-round techno good guy stance.  However, he seems not so much 'We Are All Made of Stars'; more like 'We Are All Made Of Hash & Unicorns & Mushrooms & Sex.'  Thankfully, he has cleaned up his act but I do like his following quote re his meteoric rise;
"It’s like being a snowball rolling down a mountain. The snowball might have started kind of pure, but by the end, it’s filled with dead squirrels and sticks and rocks and wellies and garbage. You’ve got this snowball at the end, but to what extent does it relate to or resemble that original snowball?"

In the photo above, he looks like my fellow college kinsman John Bell - LOL maybe I should tell him (he might just smile at the 'Sex& Drugs & Tech & No')
Before I picked up Moby’s new memoir, Porcelain, I thought of him as a small, bald, cheeky chappy who made tuneful dance music. I knew he had a few unconventional beliefs (wasn’t he vegan? Hardcore Christian? Maybe teetotal?), but filed him as essentially harmless. After reading Porcelain, well… Let’s just say his book is packed with incident. Lots of dodgy sex, oceans of alcohol, antics a-gogo. Plus: cockroaches, raves, death, celebrities (from Madonna to Robert Downey Jr, but not in starry situations) and good old Top Of The Pops. It’s a romp of a book. Such outrageous fun, in fact, that Moby tells me he’s noticed that people have regarded him differently after reading it.

“They have a look,” he says. “It’s odd being on the receiving end of that look. It’s a look of knowing, but it’s also a look of concern. Like, ‘Is everything OK?’”

The fact is, his book makes me like Moby more. For a start, he writes brilliantly, with none of the self-indulgence of most pop memoirs: “I wanted each chapter to be like an anecdote you’d tell in a bar, to have a punchline,” he says. And also, there’s something touching about who he was back then. At one point, he writes this, about some club kids – “They were all doing obscene amounts of drugs and having sex with strangers, but they still seemed innocent” – and that’s exactly how he comes across. “It’s quasi-Dickensian,” he says. “Naive boy from the country moves to the big city and things go wrong.”