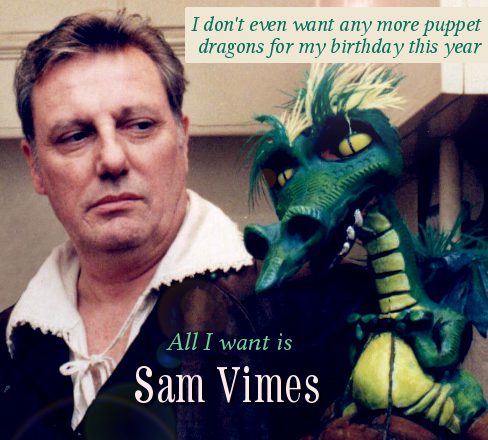 I pinch this off of Dreamwidth 'Fanfic' page. I never realised that Paul Darrow played Sam Vimes at all. I posted the pic to the Pratchett forum on FB, querying the production and found out that it was a theatre version.  I think Darrow would have been better cast as Lord Vetinari (played by Jeremy Irons/Charles Dance.  I think Darrow already coins that genre very chillingly).  Someone else suggested Ken Stott as Vimes, which would be closer to the plot, me thinks.

At some point, I am going to have to find a fanfic Pratchett forum on LJ!!!!
Tags: discworld series, terry pratchett
Subscribe